Melle Mel The original G.O.A.T. is known as being the Godfather of Rhyme, the maddest lyricist! While rappers were chucking out free-flowing party one liners Mel was cutting fiercely on topics that separated the boys from the men. He would chew through any MC in a battle. Definitely the dopest rapper! A groundbreaking pioneer of the hip hop movement, known as one of the first MC’s along with Grandmaster Flash & The Furious 5 along side his brother Kid Creole (Nathaniel Glover) to get a recording contract and enter the R&B charts with politically-aware tracks such as ‘The Message’” becoming the first glimmer of conscious hip hop to serve publicly. The Furious Five started when Mel, Kid Creole and Keith ‘Cowboy’ Wiggins joined legendary DJ Joseph ‘Grandmaster Flash’ Saddler in 1978 to form The Three MC’s produced by Flash. After Ed ‘Scorpio’ A.K.A. ‘Mr. Ness’ Morris and Guy ‘Raheim’ Williams joined the group and recorded two singles, one under the name of ‘Younger Generation and Flash & the Five’ before finally settling on Grandmaster Flash & The Furious Five. 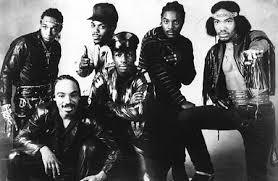 The group began recording for Sugar Hill Records and scored on the R&B charts a year later and made popular by defining party songs, ‘Freedom’ and ’Birthday Party’. By 1982 ‘The Message’ became an explosive, groundbreaking hit, a rap classic. Melle Mel was responsible for most social commentary lyrical content on the cutting edge track. The triumph of this would chip away at the group, after continuing success with ‘New York New York’ and ‘The Message II (Survival)’ Mel would grow intolerant of sharing the credit for ‘The Message’ with Syliva Robinson, Sugar Hill Records co-owner and group’s manager. Although the dispute was all outward, the group split up with Flash and Creole parting together and Melle mel staying at Sugar Hill with Raheim, Cowboy and Scorpio forming their own group.

Late in 1983, Flash-less they released the hit, ‘White Lines (Don’t Do It)’ the anti-drug message related to the apparent death of his close friend, a local drug dealer a few weeks prior to the release. Mel would also write politically motivated songs, namely about President Ronald Reagan ‘Reagonomics’ and drug policies, with songs such as the anti-drug hit, ‘White Lines’ also introducing the element of social urban life struggle in his rhymes about living in New York City, ‘New York, New York’. Mel’s career peaked in 1984 when he rapped over Chaka Khan’s Grammy awarded, platinum classic ‘I Feel For You’ which became the first exposure to rapping art form for mainstream audiences. That year also saw mel guest appear in the hit movie, Beat Street, where Grandmaster Melle Mel & the Furious Five performed their new hit “Beat Street” (aka “Beat Street Breakdown”) alongside the great Afrika Bambaataa, the Treacherous Three, Doug E. Fresh, and super B-Boys, Rock Steady Crew.

After a 4 year Hiatus, in 1988 Grandmaster Flash and Melle Mel reunited and released the album ‘On The Strength’” but unfortunately the album failed to shine under the shadows of fresh emerging artists such as Eric B & Rakim, Public Enemy and Big Daddy Kane. Still today they remain in the halls of fame for their foundations of hip hop laying down the path for the leaders of the new school.